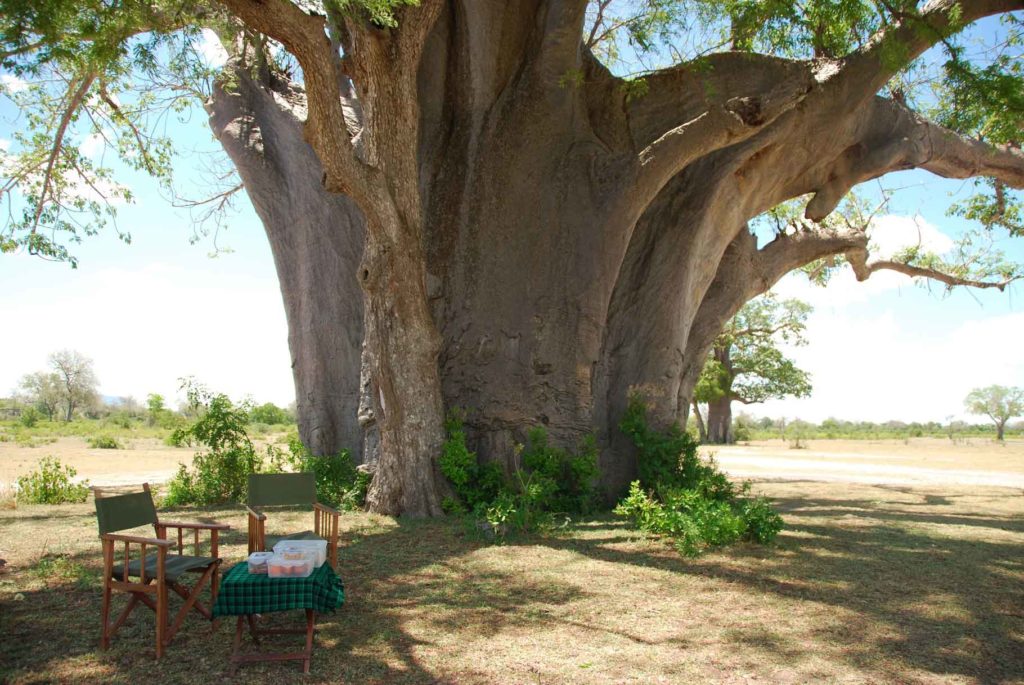 What a great question! We like to say ANYTIME is a good time to visit Africa! However, each region, country, and destination has good and not-so-good times to visit. Climate change is impacting weather patterns around the globe, including the local waterholes on safari. While we can’t predict what Mother Nature will throw at us, we can give you general guidelines based on historical climate reporting and our experience with the latest seasonality trends.

Remember that most of our African countries are south of the equator, which means seasons are reversed. When it’s winter in the States, it’s summer in Africa! Near the equator, this does not make a huge difference, but you will feel a difference the farther south you go.

Generally, the regions we feature usually experience hot summers and mild winters. Game viewing tends to be better during Africa’s winter months when it is drier and animals are concentrated around food and water sources. However, we can usually steer you to good safari options and game areas which offer good game viewing opportunities throughout the year.

The famous Great Migration that takes place in the Serengeti in Tanzania and the Masai Mara of Kenya is actually a year-long cycle driven by the availability of food and water. Historical patterns provide fairly dependable predictions for when the herds stall for birthing in the southern Serengeti (December–April). They start moving north to the western corridor of the Serengeti usually May into early August. They cross the Mara River into Kenya’s Masai Mara for winter feeding, arriving around mid-August, and stay into November depending on food supplies. Of course, Mother Nature doesn’t always abide by the historical guidelines.

Rwanda: The dry seasons of January–February and June–September and generally make for easier tracking of the gorillas you are seeking. Rains occur predominately in March–May and October–November. Heavy afternoon rains are common and can happen with just a few moments’ notice. Typical daytime temperatures are in the 60–70°F range.

Tanzania: Warm climate with maximum temperatures of 90°F. Early mornings and evenings can be cold with minimum temperatures of 40°F. Winter is from May–September, and summer from October–April. Rainfall is seasonal with the “short rains” in November and December and the “long rains” from end of March to early June. Many camps and lodges close annually in April and May during the long rains.

Uganda: June–August and December–March are the dry seasons, allowing for an easier time tracking the gorillas. Rainy seasons run April–May and September–November. Average daytime high temperatures range from 70–75°F with nighttime lows ranging from 48–55°F in the higher elevations where gorilla tracking occurs.

Namibia: Enjoys sunshine virtually every day of the year and you can expect hot summers (November–April) and pleasant winters (May–October) in this arid climate. Daytime summer temperatures can rise to 100°F and drop to around 60°F at night. Winter days are sunny and mild to warm with temperatures of about 75°F, which may drop to as low as 40°F at night. The coastal region is cool and dry throughout the year.

Zambia: Hot, wet summers (November–March) and warm to cool, dry winters (April–October). Daytime summer temperatures may rise above 95°F, while the nights in winter rarely drop below 50°F. The weather is mild with little rain from April–May and August–September.

South Africa: Daytime summer temperatures (September–April) are high and may soar above 90°F. Winters (May–August) have chilly nights and crisp early mornings (minimum 35°F), but the days are beautiful and warm. Rainfall occurs predominantly in the summer months from September–April in the form of late afternoon/evening thundershowers.

The Seychelles: Enjoy an all-year-round equatorial climate. Located outside the cyclone and hurricane belts, the climate is generally warm and humid throughout the year. The weather is influenced by two main trade winds: 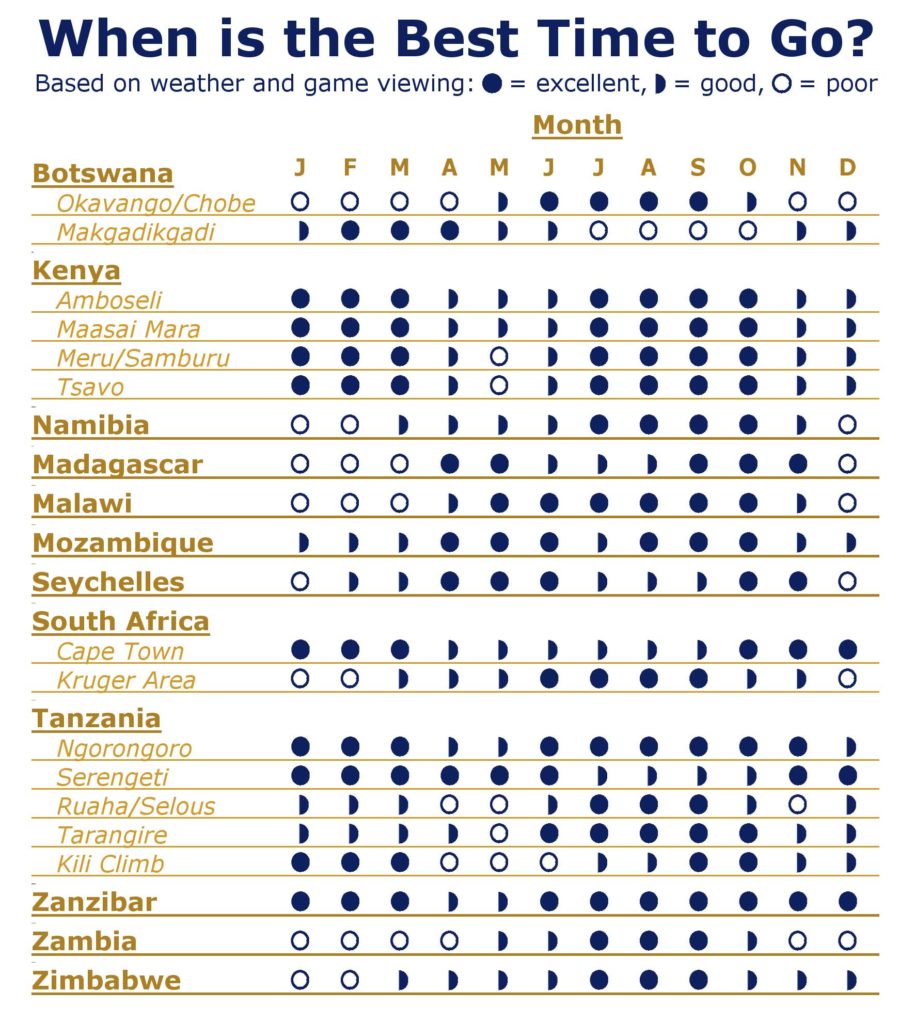