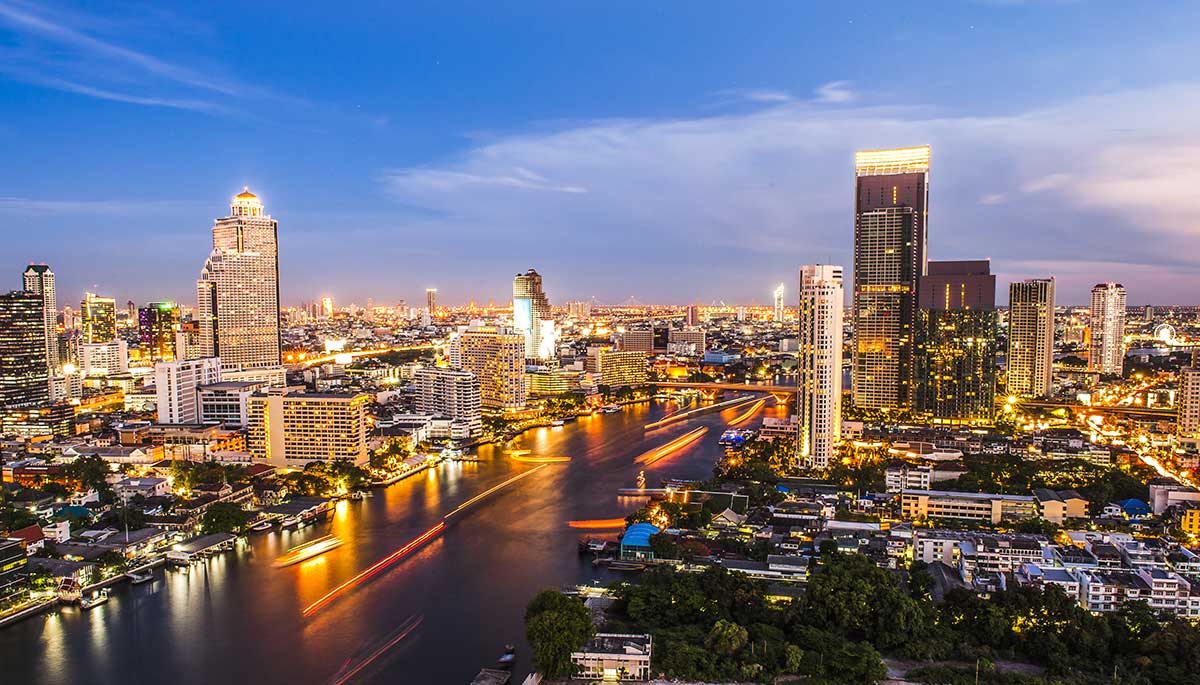 As the political, economic, cultural, culinary, and spiritual capital of Thailand, Bangkok features both old-world charm and modern convenience, at times served up in an apparently chaotic manner, but always with a gracious smile.

Invariably, every Thailand holiday includes a visit to the kingdom’s capital city, Bangkok, or Krung Thep, “the city of angels” as it is known to its inhabitants. Many tourists who travel to Bangkok are immediately overwhelmed by the sheer size of the city and the vast number of attractions Bangkok has to offer. Indeed there is a wide variety of Bangkok sightseeing opportunities spanning more than two centuries of rapid development following the city’s founding in 1782 by King Rama I.

While the immensity of the city and its bustling streets can be intimidating at first, those who spend some time in Bangkok are quickly enamored by the myriad of attractions Bangkok contains, from exotic temples, which underscore Thailand’s strong Buddhist history, to modern shopping malls.

Nearly every Bangkok holiday includes a visit to Thailand’s Grand Palace, arguably the premier Bangkok sightseeing attraction. Situated in the heart of Bangkok’s Rattanakosin Island, the gleaming spires of the Grand Palace are conveniently located nearby Bangkok’s most spectacular temples, including the Temple of the Emerald Buddha (Wat Phra Kaeo), the Temple of Dawn (Wat Arun), and Wat Pho, which features an enormous reclining Buddha and was home of the first Thai massage school in the kingdom. There are more than 400 functioning Buddhist temples throughout the city and it’s not uncommon when you travel in Bangkok to spot saffron robed monks collecting morning alms.

The winding Chao Phraya “River of Kings” is connected by numerous canals from which Bangkok has earned its nickname the “Venice of the East”; when you travel around Bangkok, a cruise on the Chao Phraya, a visit to a floating market, or an exploration of the cities “back alley” canals (khlongs) are themselves unique Bangkok attractions.

Whether the purpose of your Thailand holiday is to immerse yourself in Thailand’s unique culture or simply to splurge in Bangkok shopping malls, when you travel to Bangkok you are guaranteed a fascinating experience of both old-world charm and modern convenience and luxury.