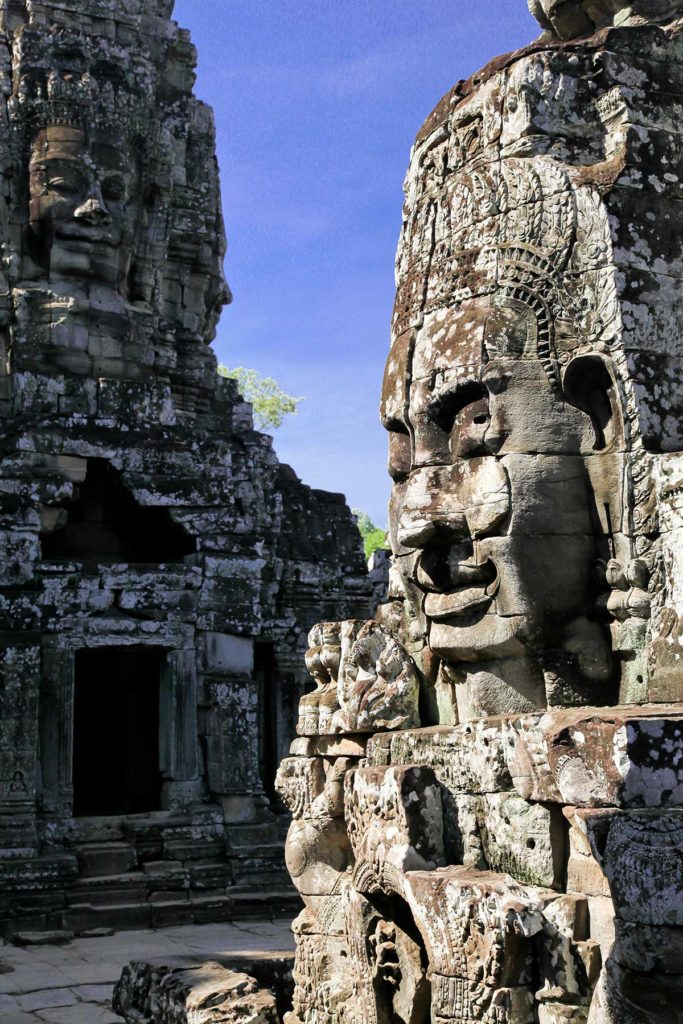 Angkor is one of the most important archaeological sites in Southeast Asia.

Deep in the forests of Cambodia’s Siem Reap province, the elegant spires of an ancient stone city soar skyward above the sprawling complex of Angkor Archaeological Park.

The Khmer Empire’s various capitals thrived here from the 9th to 15th centuries, while their rulers presided over an empire that stretched from Myanmar (Burma) to Vietnam. Including forested areas and newly discovered “suburbs” Angkor covers more than 400 square miles —an area considerably larger than New York City’s five boroughs.

Though just one of hundreds of surviving temples and structures, the massive Angkor Wat is the most famed of all Cambodia’s temples—it appears on the nation’s flag—and it is revered for good reason. The 12th century “temple-mountain” was built as a spiritual home for the Hindu god Vishnu. The temple is an architectural triumph laden with artistic treasures like the bas-relief galleries that line many walls and tell enduring tales of Cambodian history and legend.

In other parts of Angkor such art depicts scenes of daily life—offering scholars a precious window into the past.

One tale Angkor’s artists and scribes did not tell, however, is why the city’s rulers abandoned the site and resettled near modern Phnom Penh. Theories include defeats in battle and shifting religious observances, but the mystery has puzzled scientists for centuries.

Angkor is as much about water as it is about stone—the site boasts an enormous system of artificial canals, dikes, and reservoirs, the largest of which (West Baray) is 5 miles long and 1.5 miles wide. These incredible feats of engineering form an integral part of an overall site design that remains faithful to religious symbolism. Moats, for example, simulate the oceans surrounding Mount Meru, the home of Hindu gods.

But these massive works also served a practical purpose by skillfully harnessing river and rainwater to quench the thirst of some 750,000 residents in the world’s largest preindustrial city. That water also irrigated wealth-producing crops like rice, which served the Khmer as currency.

Even after its glory days had passed, Angkor remained popular with Buddhist pilgrims who journeyed from across Southeast Asia and beyond. Today the site also draws secular travelers—almost a million a year.

UNESCO continues to be a part of Angkor’s future, working with the Cambodian authorities to ensure that tourism access and development do not compromise this great cultural treasure.