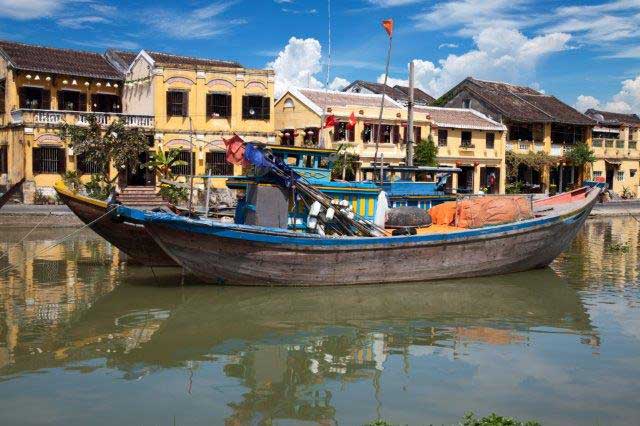 A long, narrow country squeezed in between the South China Sea, Laos and Cambodia, Vietnam is a land of striking landscapes that range from the lush rice terraces and forested mountains in the north to the picturesque valleys of the Central Highlands and the fertile delta and beautiful beaches of the south. Included in the mix are booming modern cities, colonial towns, traditional villages, archaeological sites and otherworldly islands.

Halong Bay
HaLong Bay is a beautiful natural wonder in northern Vietnam near the Chinese border. The Bay is speckled with 1,600 limestone islands and islets and covers an area of over 579 square miles. This extraordinary area was declared a UNESCO World Heritage Site in 1994. For many tourists, this place is like something right out of a movie. The fact is that Halong Bay features a wide range of biodiversity and the surrealistic scenery has indeed been featured in endless films.

Sapa
Surrounded by pictorial mountains, rice terraces, and a diversity of hill tribes in the remote northwest of Vietnam, Sapa is a quiet town frequently used as a base for trekking in the Hoang Lien Son Mountains. Exploring rice paddies, remote villages, and tribal markets offers scenic views of beautiful waterfalls and the opportunities to see the customs and way of life among the local tribes.

Hue
Pronounced “hway,” Hue was the seat of Nguyen Dynasty emperors and the national capital from 1802 to 1945. The Imperial Citadel, thick stone walls and moat, encompass the Imperial City with its palaces and shrines and within the Imperial City is the Purple Forbidden City. Dragon boats ply the Sông Hương or Hương Giang River, often referred to as the “Perfume River”. In the autumn, flowers from orchards upriver fall into the water, giving the river a perfume-like aroma. To the south are imperial tombs, including the Tomb of Tu Duc, with a lotus-filled lake and pavilion. Another significant site, Thien Mu Pagoda, dates to 1601, is an icon of Vietnam and as potent a symbol of Hue as the Citadel.

Hoi An Old Town
Once a major Southeast Asian trading post in the 16th and 17th centuries, the seaside town Hoi An is basically a living museum featuring a unique mixture of East and West in the form of its old-town architecture. Though large-scale trading had long moved elsewhere, Hoi An has been successful in preserving and restoring its charming roots and was declared a UNESCO World Heritage site in December 1999. Hoi An is known for its great food, fun shopping, skilled tailors, friendly people, and cozy atmosphere. Hoi An Riverside is the best place to be at night as the area is lit by quaint and old-fashioned lanterns, making it an atmospheric and beautiful spot. While in Hoi An, a must-visit for those who appreciate history, is My Son Sanctuary, a UNESCO World Heritage Site. Between the 4th and 13th centuries, a unique culture, which owed its spiritual origins to Indian Hinduism, developed on the coast of Viet Nam. The remains of impressive tower-temples are located in a dramatic site that was the religious and political capital of the Champa Kingdom for most of its existence. The ruins feature many beautiful stone sculptures, temples and towers in tropical jungle surroundings.