When you book with an account, you will be able to track your payment status, track the confirmation and you can also rate the tour after you finished the tour.
Sign Up
1454
Availability : Select Dates, All Year

Bold dates above are guaranteed departures

This incredible 21-day adventure spans four countries and allows you to experience the diverse culture, wildlife and scenery of Southern Africa. As a fully-serviced trip, accommodation will be simple yet comfortable, and most meals and excursions are included (except where noted). Some lunches and dinners will be enjoyed together around a camp fire, prepared by your guide, guaranteeing a true African experience. This itinerary has successfully been operating for over 10 years and remains to be one of the best comprehensive value safaris! Excellent value – extraordinary experience!

This is an escorted tour. Our Destination Specialists will work with you to customize any pre- or post-departure arrangements to your travel preferences.

On arrival at Windhoek Airport, you will be met and transferred to your accommodation. The rest of the day is at your leisure for optional activities (own expense). There will be a pre-departure meeting at 6:00 p.m. presented by your guide. It is imperative that all participants attend this meeting to not miss any critical information. Overnight in Windhoek

Moving south, you will make your way towards the Namib Naukluft National Park and your accommodation for the next two nights, Agama River Camp. The park contains what is considered to be the oldest desert in the world. The next morning you will wake up early to visit the world’s highest sand dunes at Sossusvlei and Deadvlei. These dunes, which can reach heights of over 980 feet, are absolutely spectacular and provide for a fantastic photo opportunity. With luck, there may even be water in the vlei (lake). You also stop to view the Sesriem Canyon, which was carved millions of years ago by the Tsauchab River. Overnight at Agama River Camp

The day is spent driving through the Namib Naukluft National Park on the way to Swakopmund. The Namib-Naukluft Desert is an ancient land with an ageless spirit. It is home to some of the rarest plant and animal species in the world. Sightings of these unique flora and fauna are a must on a Namibian safari. The animals of this harsh landscape include the Oryx, Springbok and Hartmann’s Mountain Zebra. You can also spot the Welwitschia Mirabilis, an odd-looking desert shrub, of which one is a large, protected specimen estimated at over 1,500 years in age. Enroute, make a stop in the small town of Walvis Bay, where you may spot a variety of birds, including flamingos in the lagoon. You arrive at the charming coastal town of Swakopmund in the late afternoon, where you will have the opportunity soak up the atmosphere of this quaint little German town and enjoy its beauty and beaches. Overnight in Swakopmund

Leave Swakopmund and travel to Etosha National Park, stopping at the Cheetah Conservation Foundation at Otjiwarongo. The CCF is an internationally-recognized center for research and education on cheetahs and their eco-systems. It boasts an extensive visitor’s center, which encourages tourists to learn more about these beautiful cats and the efforts being made to save them. Tonight is spent at a lodge neighboring the park, situated on an outcrop of dolomite rocks and overlooking a forest of Mopane and white Seringa trees. Spend the afternoon relaxing at the pool, or take a leisurely stroll through the natural bush and gardens. Optional game drives are also available. Overnight at Toshari Lodge

After breakfast, you will make your way to Namibia’s best-known highlight of the north – Etosha National Park. Enter the park via the Western Corridor, a previously restricted part of the park, which boasts some of the highest numbers of wildlife. The next two days will be filled with full-day game drives in the hopes of spotting the Big Five as well as cheetah, giraffe, zebra and the numerous types of antelope the park has to offer. Nights are spent at the flood-lit waterholes or viewpoints, encountering the park’s various nocturnal animals that come to drink. Etosha was declared a National Park in 1907 and it is home to approximately 114 mammal species, 340 bird species, 110 reptile species, 16 amphibian species and, surprisingly, one species of fish. Overnights at Namutoni Camp

Day 9Living Museum of the Ju’Hoansi-San and Bushmen Walk | Meals: B L D

Departing from Etosha, you will be driven into Bushmanland and take a guided visit to the Living Museum of the Ju’Hoansi-San, a local Bushmen community who offer you the opportunity to participate in their daily activities. The Living Museum is an authentic open-air museum where guests can learn about the traditional culture and the original way of living of the San people. In the vicinity of the villages, a walk is taken with the hunters to search for bush food, watch them prepare snares and ropes, and start a fire the Ju’Hoansi way. After lunch in the shade of the trees, your journey continues to the town of Rundu as you make your way to Kaisosi River Lodge on the banks of the Okavango River. You will arrive in the late afternoon to relax by the pool with a sundowner, listening to the sounds of Mother Nature. Overnight at Kaisosi River Lodge

This morning you enjoy a game drive in Mahangu Game Reserve. Elephant, roan, kudu, and buffalo are among the animals likely to be seen, as well as prolific birdlife. The afternoon will be at your leisure at the lodge. Overnight at Nunda River Lodge

Today, leave the Caprivi and travel south to Maun, the gateway to the Okavango Delta and Moremi Game Reserve. The name Maun is derived from the San word “maung,” which means “the place of short reeds.” The afternoon is yours to spend at leisure, either relaxing next to the pool at the lodge or, if you are keen for some excitement, booking a scenic flight over the Okavango Delta. Overnight at Thamalakane River Lodge

After breakfast, you will be picked up by local Botswana guides and take a short drive to the mokoro station. From here, you get to float in dug-out canoes (mokoros) through the thick vegetation of the Okavango Delta, discovering a variety of birds and wildlife. Unlike other deltas, it flows into the Kalahari Desert without ever reaching the coast. After this spectacular excursion, make your way to camp, which is situated in close proximity to the famous Khwai River. NOTE: There is no electricity at this traditional camp. Once settled, you enjoy dinner and embark on a night game drive – a fantastic opportunity to spot some nocturnal animals that are more difficult to encounter during the day. Overnight at Khwai Bedouin Bush Camp

You have the opportunity to spend today on game drives. In an open 4×4 vehicle, you will explore the Greater Moremi region with an experienced guide on morning and afternoon game drives, hopefully spotting a variety of game that frequent this region. This large area is renowned for its concentration of mammals and it is not unusual to see many different types of wildlife during just one game drive. Game viewing is seasonal; depending on the time of the year you may see different species in different areas. The best time for game viewing is the end of the dry season or spring from August-November. In the summer, birdlife can also be viewed in abundance with exceptional sightings of wildfowl and raptors. Overnight at Khwai Bedouin Bush Camp

Today you leave the bush behind and travel east towards the Makgadikgadi Pans, once a large river-fed lake, however the pans are now saline and empty. In the afternoon you visit the Nata Bird Sanctuary, where you will get the opportunity to enjoy the magnificent view over the Sowa pan, which is part of the Greater Makgadikgadi Pans. NOTE: a visit to the pans is subject to the road conditions and water levels as well as time constraints. Overnight at Nata Lodge

This morning you head north to Kasane, the gateway to the Chobe National Park. Chobe, which is the second largest national park in Botswana and covers 4,080 square miles, has one of the greatest concentrations of elephant found on the African continent. The afternoon is at leisure to partake in a number of optional activities or to relax by the pool. Overnight at Chobe Safari Lodge

On a morning game drive, you will get to see the wildlife of the Chobe National Park, with the hope of spotting big game up close and also the possibility of an encounter with one of the large predators. In the afternoon you go on a cruise on the Chobe River, a truly unforgettable experience and one of the best ways to view the animals as they come down to drink, as well as the spectacular African sunset. Overnight at Chobe Safari Lodge

Make your way across the border into Zimbabwe and on to Hwange National Park where you will spend the next two nights. Hwange National Park is one of Africa’s finest havens for wildlife and is home to vast herds of elephant, buffalo, and zebra and has a very large concentration of giraffe. It is also home to many predators and endangered species, plus varied birdlife. A full day game drive is included in the park on the second day. Overnights at Sable Sands

Continuing your trip, you will turn northwards to Victoria Falls in Zimbabwe. The guide will take you on a tour of the mighty Victoria Falls, known by the local Kololo tribe as Mosi-oa-Tunya, “The Smoke That Thunders.” In the afternoon you have a sunset cruise on the mighty Zambezi River – the perfect way to experience the beauty and power of the falls. Overnight in Victoria Falls

After breakfast, the journey ends. This memorable lodge safari will leave you with life long memories of all that the African continent has to offer. Consider extending your stay in Victoria Falls to experience the many adventure activities offered, like bungee jumping or white water rafting down the magnificent Zambezi River. There are endless options to extend your time – ask your Destination Specialist!

A local payment of $330 USD per person is not included in the tour cost and will be collected upon arrival. This cash payment provides the guide with monies for management of tolls, access fees, grocery costs, etc. 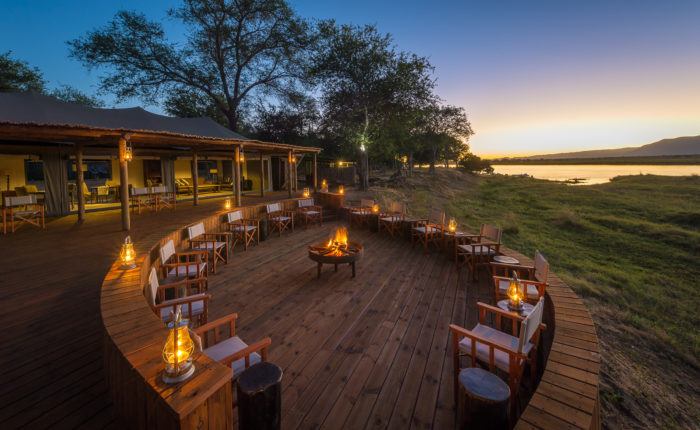 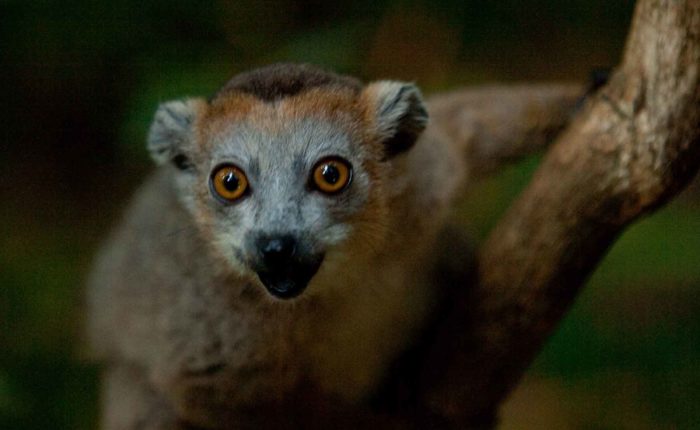