When you book with an account, you will be able to track your payment status, track the confirmation and you can also rate the tour after you finished the tour.
Sign Up
3080
Availability : Select Dates, All Year

Above prices include current Park Fees of $856

Experience Tanzania’s safari circuit in the lap of luxury: fly to and from each destination in the luxury of an executive aircraft, stay in world-class accommodation while feasting on gourmet cuisine and quenching the desire for the adventure, leading you to experience Africa in awe and wonder. The itinerary includes the Serengeti National Park, The Ngorongoro Crater, Tarangire National Park, Treetops’ Private 135 square mile game concession, and an excursion to Lake Manyara National Park.

This is an escorted tour. Our Destination Specialists will work with you to customize any pre- or post-departure arrangements to your travel preferences.

Touching down in the shadow of the continent’s highest mountain is quite the arrival: welcome to Africa. We’ll fast-track you through Kilimanjaro Airport to Elewana Arusha Coffee Lodge, voted one of the Top 5 Hotels in Africa 2020 by Travel + Leisure, where the stresses of travel will lift as soon as you’re shown your elegant suite, tucked into this leafy and aromatic working plantation. Overnight at Arusha Coffee Lodge

Enjoy a morning walking tour of the coffee estate. After lunch you will fly to Tarangire National Park. Both afternoon and night shared game drives will complete your day, with the opportunity to see zebra, flamingos and many other animals who call Tarangire National Park home. The lodge itself is like something from a fairytale: its scatter of suites teeters amongst the branches of the baobab and marula trees; each has a huge balcony, looking either to the sunrise, the sunset or over the camp’s waterhole. Tear yourself away for dinner, though – a candle-lit feast served in a Masai boma, surrounded by acacia trees. Overnight at Tarangire Treetops

Today you will enjoy shared day and night game drives, and a bush walk. A cultural visit to a Maasai Village is planned. Overnight at Tarangire Treetops

A shared game drive with a picnic lunch begins your day. In the afternoon you will fly to Lake Manyara airstrip,, and a lovely drive through the highlands to reach the epitome of elegance that is The Manor. Quite possibly the most enviable address on the safari circuit, this handful of Cape Dutch-styled cottages sits within the lush gardens of a working coffee farm, near the edge of the Ngorongoro Crater. You’ll arrive in time for high tea, taken with views over the rippling forest, while your butler sorts the luggage. Then soak in your Victorian bathtub, cosy up by your suite’s open fire, enjoy a delicious dinner, maybe have a game of billiards and retire for the night. Overnight at The Manor at Ngorongoro

The Manor at Ngorongoro

According to Ernest Hemingway, Lake Manyara is the ‘loveliest in Africa’.
It’s certainly varied, attracting an astounding mix of life, from bushbuck and blue monkeys in the forests to tree-climbing lions in the acacia woods; from cheetah stalking antelopes on the grasslands to hippos wallowing in the mud. Most dazzling, though, is the flamboyance of flamingos – hundreds of the blushing birds flock here, along with more than 400 other avian species. Join a game drive after breakfast and stay until lunch, so you can picnic by the water’s edge.

Back at The Manor, the afternoon is all yours. Take a dip in the pool, book a treatment in the spa or join a guided walk around the coffee estate. Or you could head out on horseback, to get a different perspective on these verdant highlands, finishing with a Sundowner, of course. Top the day off with dinner in the elegant dining room, always a culinary delight. Overnight at The Manor at Ngorongoro

Your alarm will ring at the crack of dawn today – but you won’t mind a bit.
It’s well worth the early breakfast when you’re about to head into the ‘eighth wonder of the world’. Measuring over 20km wide and 600m deep, Ngorongoro Crater is a natural volcanic amphitheatre, a geological marvel, a festival of wildlife. Its acacia thickets, riverine forest and glittering lakes throng with around 30,000 animals: one of the highest densities of wildlife in Africa. Safaris here can be overwhelming, in the very best way.

Spend a full day in Ngorongoro – our expert guides will introduce you to its vast cast of characters: lions, elephants and buffalo, cheetah and serval cats, hyena, jackal and black rhino. Plus The Manor has special permission to host beautiful bush lunches in a private part of the crater, away from the crowds. You can picnic in exclusive style without missing a wildlife-packed minute.

Sundowners and dinner back at The Manor will be abuzz, as you exchange stories with your fellow travellers about what you’ve seen on this once-in-a-lifetime day. Overnight at The Manor at Ngorongoro

Enjoy your last lavish Manor breakfast before we whisk you off for your SkySafari flight to another African icon: Serengeti National Park. Simply, it’s huge. An endless-seeming swathe of short-grass plains, braided with life-giving streams, speckled with rocky kopjes, riffled by occasional hills, rich in Masai culture, absolutely teeming with life. And while you can revel in the bigger picture, it’s also the place to embrace the individual moments: the will-they-won’t-they tension of a lion pack on the hunt; the shock of a crocodile bursting from the river; the white-knuckle charge of an angry bull elephant; the dazzle of the sun subsiding into plains with no end.

We’ll deliver you to your lodge in time for lunch, though the exact lodge depends in part on the season. We might introduce you the bygone-luxe tents of Elewana Serengeti Pioneer Camp, perched on a kopje in the south of the park. As well as being renowned for its immense wildebeest herds, the area is rich in prehistoric paintings while nearby Lake Magadi is popular with flamingos.

Alternatively, we’ll take you to the sophisticated stilted tents of Elewana Serengeti Migration Camp, further north. This peaceful part of the park sees few other visitors; you’ll feel you’ve arrived in your own private wilderness. The variety of wildlife here is remarkable, the drama intense – especially when the Great Migration passes through: the camp is perfectly placed for watching the herds run the gauntlet of the Mara River.

Either way, your first afternoon’s game drive will be a wildlife revelation.Overnight at Serengeti Migration Camp

Game drives in the Serengeti are always a surprise.
You never quite know how the drama might play out. Most dramatic of all is to witness the pinnacle of the Great Migration, when more than a million animals cross the northern rivers. The Serengeti Migration Camp sits on their route, so you barely need travel at all to catch a life-or-death crossing. Also nearby are hippo-filled pools – you can hear their grunts and chortles from camp.

To maximise your wild time, we’ll dish up a delicious lunch on the go, while, come nightfall, dinner will be served out under the stars, to a backing track of the sounds of the bush. Overnight at Serengeti Migration Camp

Your drive to the airstrip gives you a final chance to soak up the sights, smells, sounds and sensations of the Serengeti. Just one more elegant giraffe, one more elephant charge. Once airborne, keep your eyes out the window, to see the Serengeti slide out of view and, perhaps, Kilimanjaro peeping through the clouds. There’s no need to hang around at the airport – we’ll deliver you back to Arusha Coffee Lodge’s oasis of calm so you can relax in a day room amid the birds and the beans before we take you back for your flight home, head, heart and soul full of African magic. 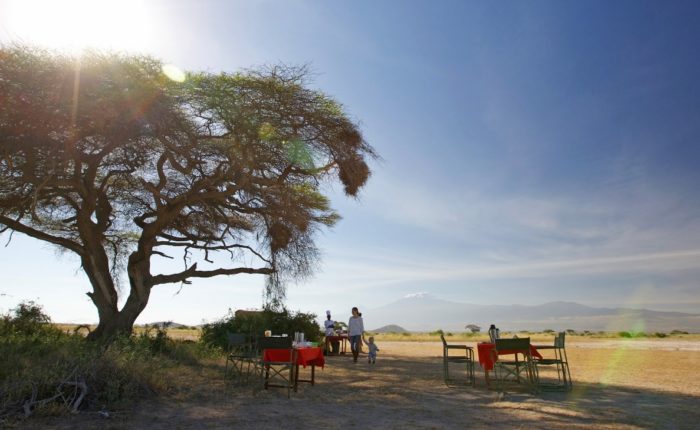 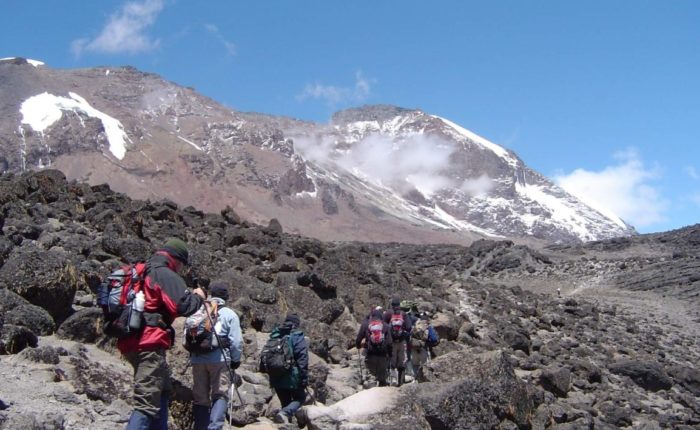 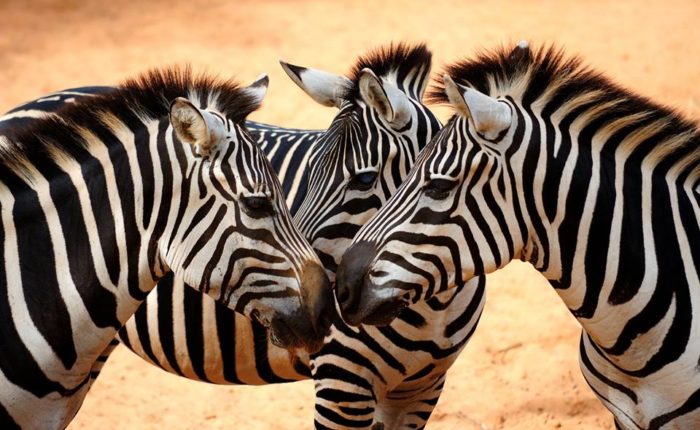 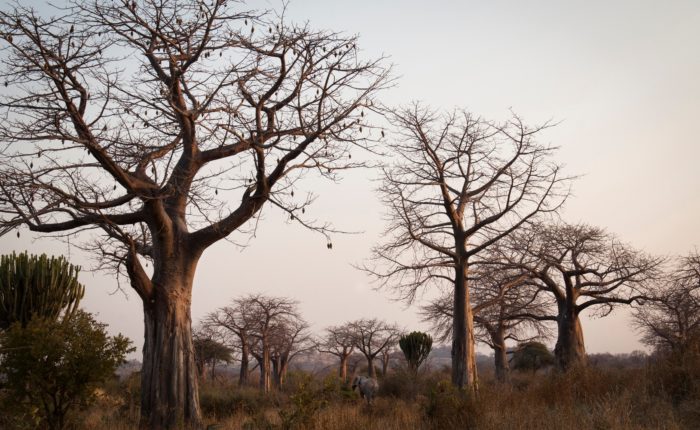